As we approach the end of 2020, the stock market is hovering near record highs. While there have been many lessons for long-term investors this year, there are also recent developments that will matter in the years to come. From learning to manage COVID-19 to the presidential election, big events rattled markets but also showed the importance of patient perseverance. It's important for investors to hold onto these lessons by focusing on key trends rather than daily market swings.

One reason for the recent market rally is that the presidential inauguration in January appears less uncertain than it did just two weeks ago. After all, what may be more important to markets than who is in the White House is that there is a peaceful transition of power. In general, history has shown that investors often focus too much on election results. Although elections can cause short-term volatility, economic growth is ultimately what moves markets over the long run. The current period appears to be no exception so far.

In addition, the potential nomination of Janet Yellen as the next Treasury Secretary is likely seen as a welcome sign by many investors. It's clear from her track record as Fed chair that Yellen would promote fiscal stimulus and seek to finalize a new COVID-19 economic bill. After all, it was under Bernanke and Yellen that the Fed kept interest rates at its zero-lower-bound from 2008 to 2015. Whether one agrees with these policies or their possible long-term consequences, it's likely that they will help to support financial asset prices. The stock market has cheered these developments in recent days.

Finally, there are also multiple vaccine candidates being developed by Pfizer, Moderna and Oxford/AstraZeneca. Although there is still a great deal of uncertainty and any reported timeline should be taken with a grain of salt, this is further evidence that there is a light at the end of the tunnel. Although the past several months have shown that a balance can be struck between business activity and control of the virus, these vaccines provide hope for a more durable solution.

Fortunately, corporate profitability has stabilized ahead of a possible vaccine. While GDP growth for the fourth quarter is projected to be "only" 4%, after falling 31.4% and rising 33.1% in the second and third quarters, respectively, this has been enough to keep earnings steady. Clearly, vaccines or other public health innovations would help businesses large and small in the coming years.

There are many reasons that the stock market is near record highs. It's important that investors continue to focus on these factors rather than short-term noise. Below are three charts that can help put recent developments in perspective. 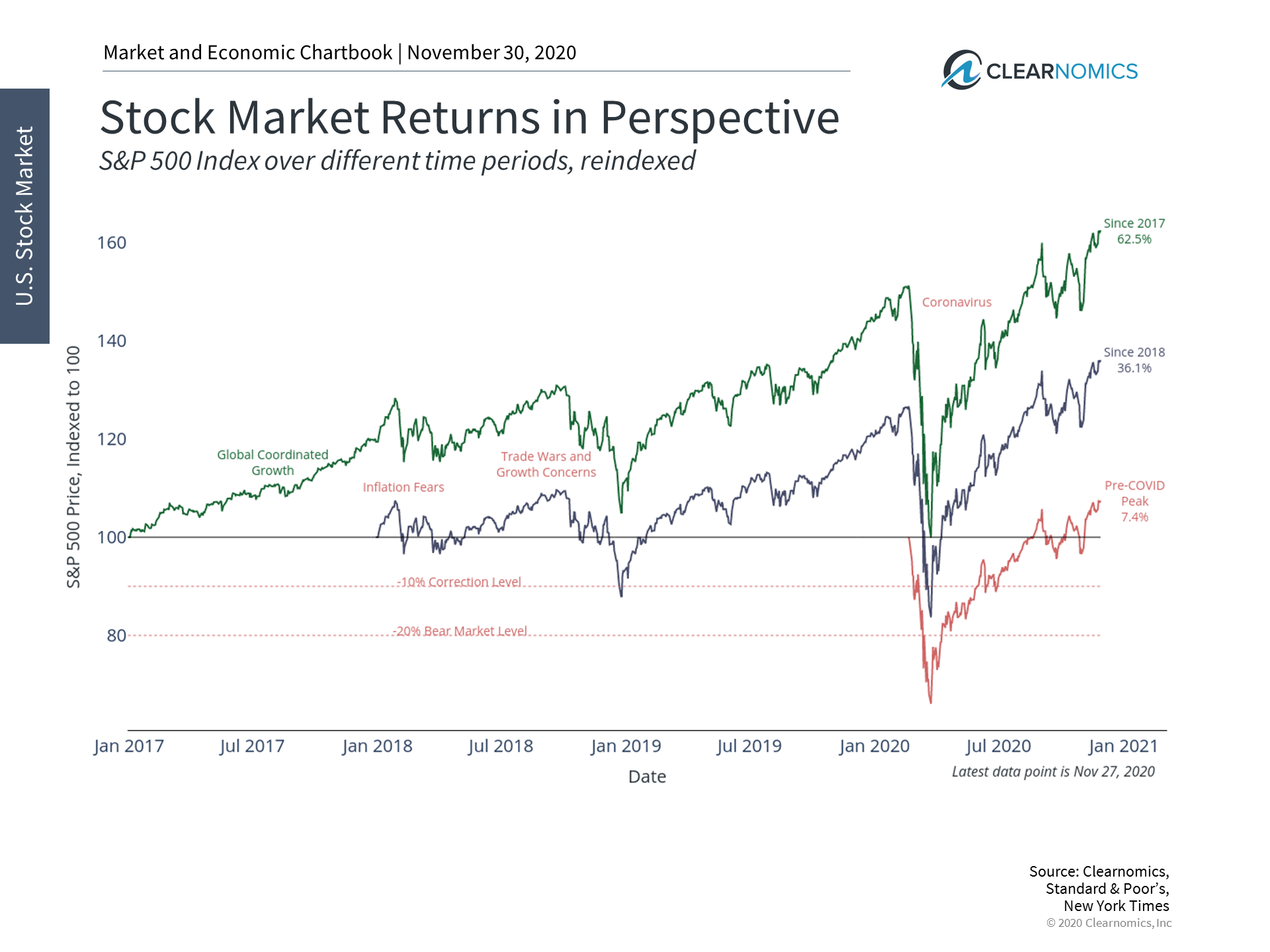 The S&P 500 has risen over 13% this year with dividends despite the COVID-19 bear market crash. The NASDAQ has performed even better at 36%, and even the Dow Jones Industrial Average has gained almost 6%. All of these major indices are also above their pre-COVID peaks.2. The Fed is expected to keep rates low, continuing the policies enforced by Janet Yellen 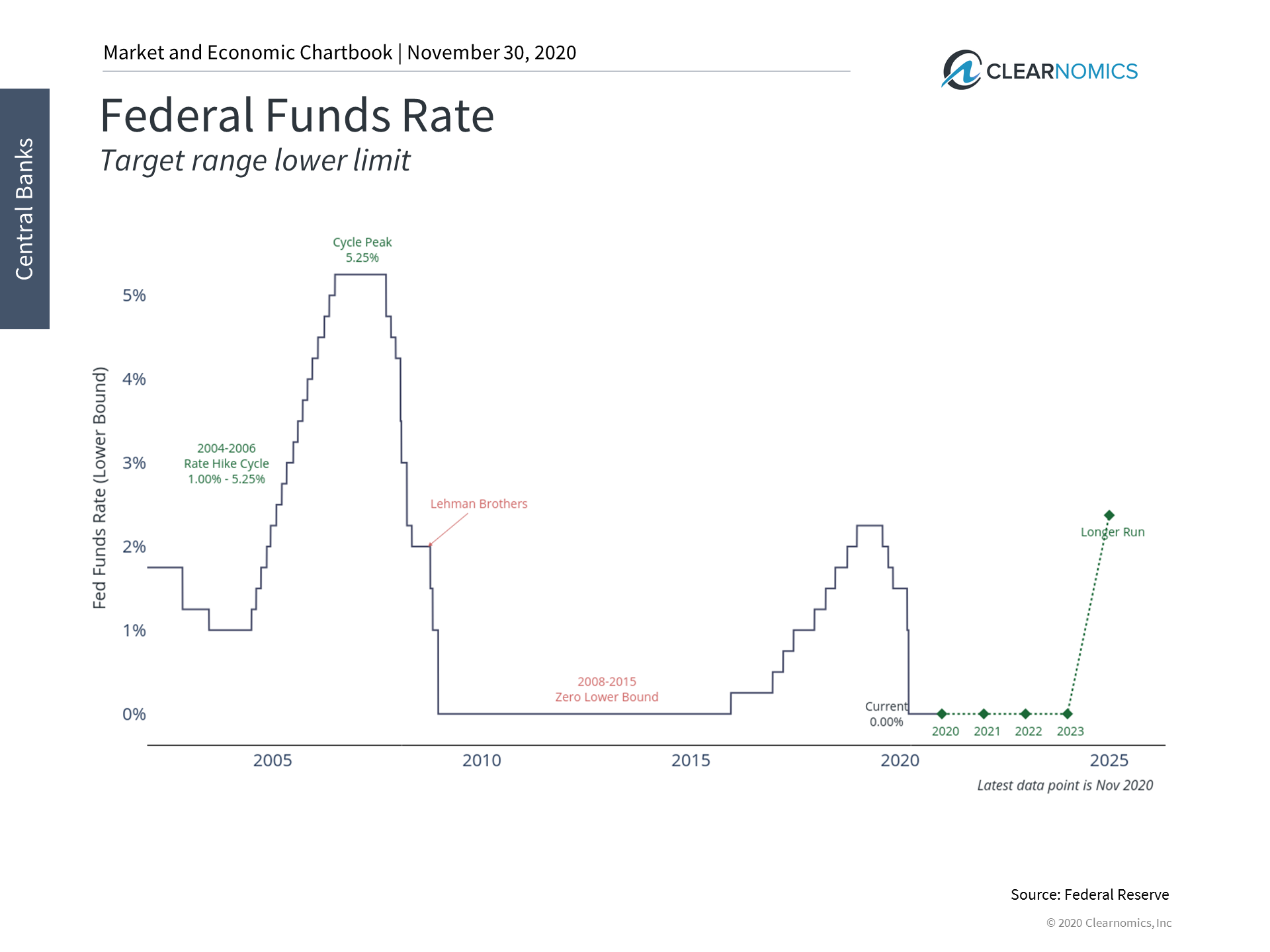 The potential nomination of Janet Yellen to head up the Treasury department in the incoming administration has been cheered by markets. This is partly due to her track record in supporting policies that have helped to boost asset prices indirectly.3. Corporate profits have stabilized ahead of possible vaccines 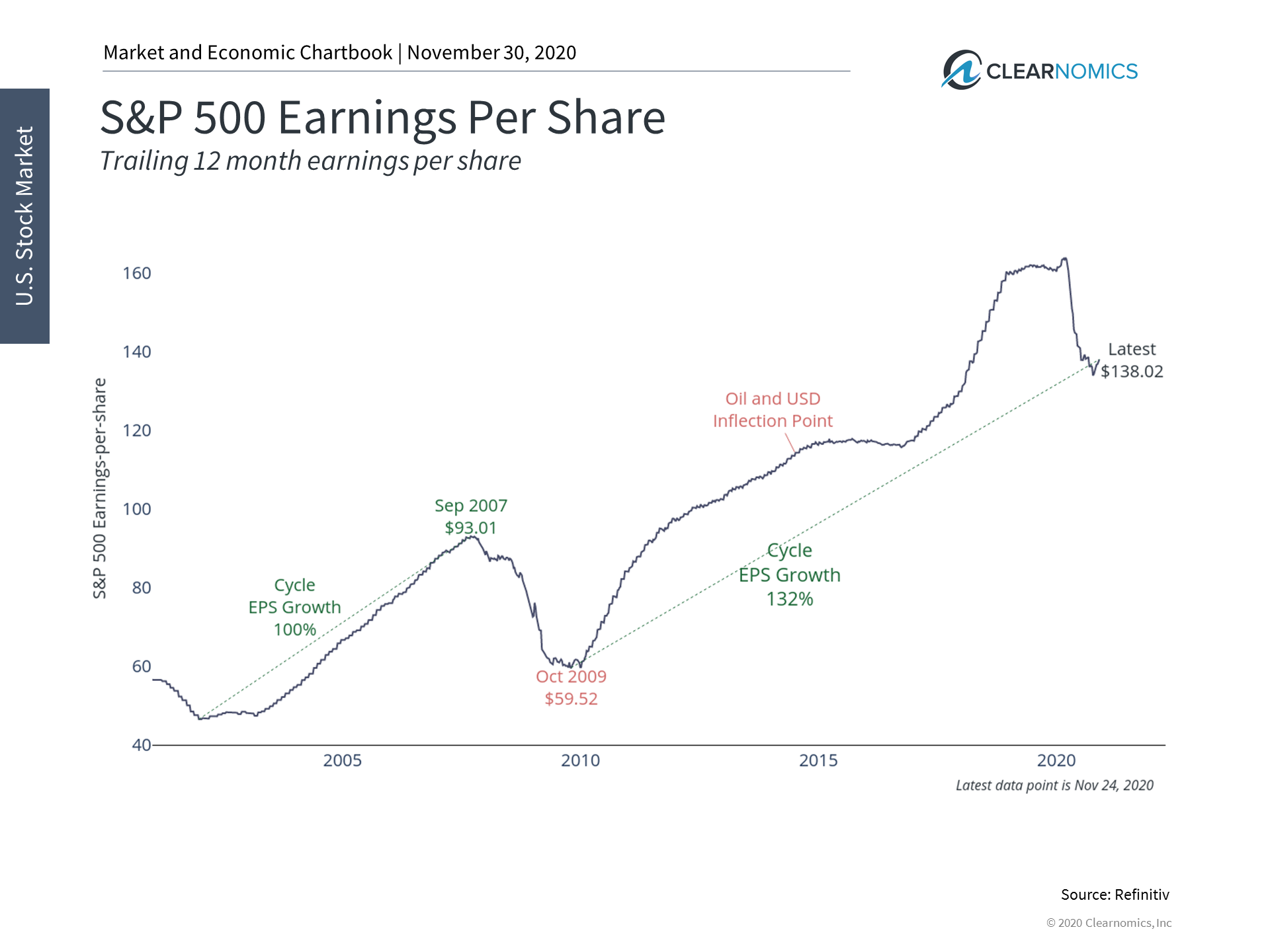 Although there is positive news on the multiple vaccines being developed, much is still uncertain. Despite this, corporate earnings have been stabilizing as a balance is truck between economic growth and public health. A widespread availability of a vaccine over the next year could help earnings to recover even more.

The bottom line? Although investors should continue to focus on the long run rather than react to headlines, recent developments have implications for markets and the economy in the years ahead.

Please make an appointment with Morgan, Kacie or Alex if you have questions or would like to discuss further.